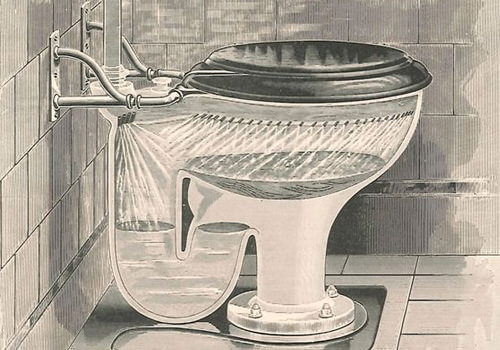 The Histowiki website will be releasing timeline format pages about historical or current events like the timeline about the plumbing industry history. This is a crowdsourced reference platform where history can be curated. All curators will be moderating their topic based on strict guidelines to stimulate discussion and relevancy of historical events with all site visitors. The newly released timeline history of plumbing traces the development of plumbing from its origin during ancient civilizations like the Greek, Roman, Indian, Persian, and Chinese cities as they designed ways to irrigate their crops and provide potable water, wastewater removal, and public baths.

Archaeologists had discovered that the first water pipes dated back to 4000-3000 B.C. in the Indus River in India. During this period, Egyptian ruler Menes also caused the construction of irrigation ditches, canals, and basins to support his thriving population. Also, the first copper pipes were made in Egypt. Later on, around 52 A.D., Rome had already installed about 220 miles of pipes, aqueducts, and water channels that brought the water from the mountains to the city, supplying homes, public wells, and baths. The Roman Empire was able to develop complex plumbing systems along with underground sewers, aqueducts, public baths, lead and bronze piping systems, including marble fixtures. But it was the Greeks who developed the science of hot and cold running water. They designed shower technology to allow their athletes to take a bath after their Olympic games.

In the monasteries and castles of feudal lords in England, traces have been found of early sanitary practices using a Garderobe, which is a projection with a seat on which a person sits and the feces will simply drop into the soil, river, or moat below. Menials were made by the feudal lords to scrape and carry away the waste.

Meanwhile, in this timeline about the history of the plumbing industry, it is revealed that the rudimentary flush toilet was invented in 1596. And then in 1738, J.F. Brondel invented the first valve-type flush toilet. In that same year, John Harington gave the first flushable toilet as a gift to Queen Elizabeth I. Unfortunately, she didn’t use it because of the scary sounds caused by the rushing water.

And in 1830, the first public water main was installed in the city of New York. This was necessary for the city to have a sufficient water supply for firefighting. In 1833, the first floor of the White House was provided with running water, and in 1848, the National Public Health Act in England became the standard for plumbing codes all over the world.

In 1856, Chicago built the first integrated sewer system in the United States, providing an alternative to simply dumping the waste into Lake Michigan, which was also being used to provide drinking water to the city. This contamination of drinking water had caused a deadly disease resulting in the death of almost 75,000 people.

It was in 1883 that John Kohler was able to develop the first cast iron bathtub using an iron horse trough. In 1939, the plumbing industry turned to using new materials like plastics because of the short supply of iron, steel, and copper due to World War II. And in 1978, laws were enacted with the goal of conserving water.

The timeline history of plumbing in Histowiki was curated by Jeff Tucker. Those who are interested in this and other timelines may want to visit the website or contact them through email.